The Cloud: More Than New Technology, It’s a Paradigm Shift By the time business consumers determined that this “cloud thing” really had the potential to revolutionize operations, software engineers and industry experts were prepared for the increased demand for services. In fact, they had envisioned it occurring several years earlier. The next step was a wide application – or adoption – of cloud services by business.

The Dynamics: Market, Business, and Human

As with any new technological archetype adopted by end users–whether transitioning from icebox to refrigerator or typewriter to word processor–the market for cloud services is following the same pattern of adoption. Some of this goes back to the last century and the work of Everett Rogers; the resulting bell curve reflects why, how, and how quickly new ideas and technology spread through society.

A few key factors (and occasional impediments) to this process include cost, skepticism, fear, and familiarity with the old technology. In the business world, cost tends to be a more high-ranking factor than in the average consumer’s kitchen. Cloud services have already made significant inroads into business. Now, it is becoming the prevailing solution in ever-expanding areas thereof.

The Evolution of IT Services

Within this context, the evolution of IT services has manifested according to the following progression:

Service-Oriented Architecture (SOA) – This software model was designed to manage the functions of computers working within networks on-site, typically ones that run different programs.

Infrastructure-as-a-Service (IaaS) – This included the provisioning of hardware, processing, storage, and networks. End users retain control over deployment and operations of these resources.

Platform-as-a-Service (PaaS) – It expanded on Infrastructure-as-a-Service by including platforms and tools, as well as end-user ability to deploy and run original, designer, or market applications.

Software-as-a-Service (SaaS) – This further expanded PaaS by including end-user ability to provision custom applications on top of hardware and native system resources.

Business-Process-as-a-Service (BPaaS) – This integrated all three (PaaS, IaaS, and MaaS) around SaaS, structured in horizontal or vertical process services.

The latter two stages involve the mental paradigm shift (or human element) as described in Rogers’ work, but this is simply part of the process as repeatedly demonstrated in industry and consumer models: As business organizations find it more cost-effective to outsource hardware and software solutions through third parties, eventually they recognize the superiority of nascent products or services–which win out once again.

After all, it isn’t as though the majority of businesses were designing and manufacturing their own IT hardware and software to start. The evolution toward divestiture (relative to housing, maintenance, personnel, and other attendant costs of hardware and software) only seems natural–particularly as cloud services become increasingly affordable.

Find Our New and Improved Blog on Commio.com! Video: H-e-l-p! How to Keep Up With 10DLC Messaging Registry, Rules & Fees 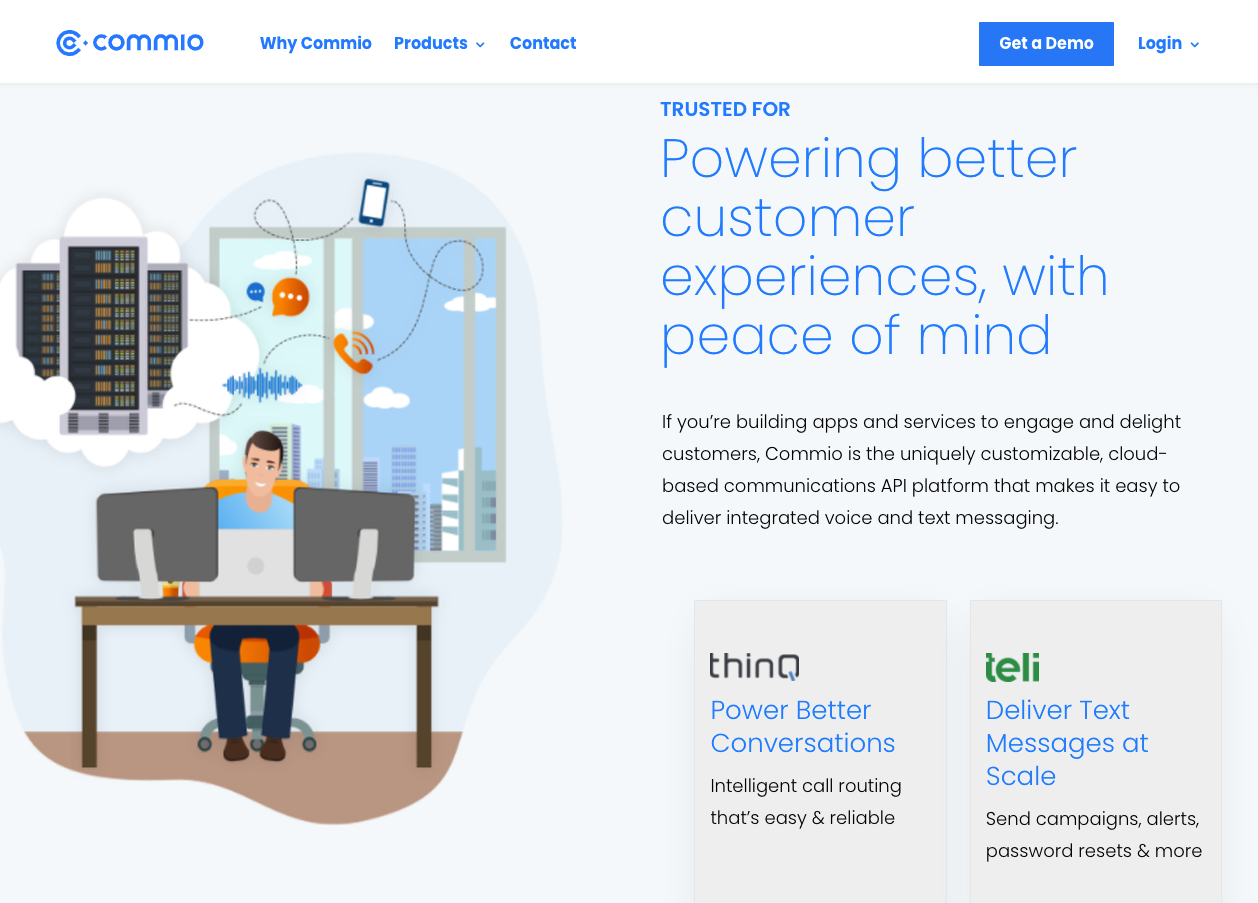