While provoking headlines and consumer fear have been generated over large-scale database hacks, businesses are facing a more immediate threat in the form of toll fraud. This accounts for approximately $46 billion in annual losses for enterprise business and communications service providers, according to a Communications Fraud Control Association (CFCA) survey from 2013.

Toll fraud is the unauthorized use of an end user’s communications provider and network. It can involve gaining unauthorized access to the end user’s long distance services to place calls, but there are other much more costly aspects to this type of fraud. “Access stimulation,”or “traffic pumping,” is the gross exploitation of toll-free numbers. Here, a server is used to generate bogus calls to toll-free numbers, which can cost tens of thousands of dollars to the owner of the host system in a single day.

Today’s communications infrastructure provides abundant nodes of vulnerability to nefarious activities. Numerous networks and switches make it increasingly easy for hackers to exploit these weaknesses. Companies that enact prudent security practices increases the likelihood that an attacker will move on to a softer target elsewhere.

Mobile and Private Devices. Many mobile devices don’t have antivirus applications and can present vulnerabilities. Enacting policies that require all devices that interact with company networks to have designated security software installed is important.

Your Private Branch Exchange (PBX). For perpetrators of toll fraud, this is one of the most widely attacked nodes of vulnerability. Strong IP security guidelines and policies addressing password configuration can go a long way toward reducing the threat in this area.

Your Team. Depending on the size of your organization and its resources, you may have dedicated IT security people or you may have personnel who are minimally familiar with network security. Employing IT security professionals during the deployment phase is an extremely prudent move; the potential economic loss later on would far exceed what you’ll be paying them.

International Dialing Protocols. According to the CFCA, most of these crimes involve international dialing. A complete evaluation (or re-evaluation) of international calling protocols on your network may be in order.

There are simple and practical means that even the smallest organizations can use to quickly detect traces of fraud. Review the bill from your communications provider on a regular basis and keep an eye out for unusual (or unusually high) charges. Investigate unusual occurrences like system crashes. This may mean systems have been overly taxed by perpetrators.

In the end, it’s up to you to be proactive. To better understand what your company is up against and to stay protected, stay vigilant. Thanks to Our Valued Partners & Carriers Migrating the Phone Number to the Cloud 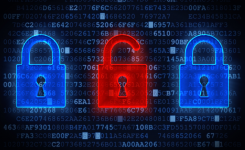