September 26, 2017, RALEIGH: thinQ, a pioneer in cloud-based communications software, has integrated text messaging (SMS/MMS) for local and (SMS) for toll-free origination services within their recently redesigned origination platform. This enables customers to order both voice and messaging-enabled numbers directly within the platform itself, or add the functionality to existing and ported numbers with ease.

“Messaging is the fastest growing form of communication in the world,” said Aaron Leon, CEO of thinQ. “The addition of robust messaging functionality within our origination platform makes thinQ one of the most flexible, powerful, and intuitive CPaaS solutions in the industry today.”

In the coming weeks, thinQ will also deploy a messaging API, allowing companies to easily integrate both voice and messaging features—such as pictures, videos, emoticons, group messaging and more—into any existing product or software application at scale.

By combining extremely competitive SMS rates and thinQ’s powerful least cost routing (LCR) voice technology, customers will see unmatched savings and control over every aspect of their communications. With no setup fees or activation costs, thinQ customers can begin taking advantage of this functionality today.

Founded in 2009, thinQ offers complete control over every aspect of a business’ inbound and outbound voice traffic with their powerful Least Cost Routing (LCR) Technology. With the industry’s first and only Toll-Free LCR, thinQ enables companies to take advantage of optimized toll-free calling rates across multiple providers with disaster recovery, load balancing and call analytics baked right into the software. Revolutionary LRN and CNAM APIs make it possible to integrate Location Routing Number and Caller ID Name into any application as well, along with SMS and MMS. Simply put, thinQ provides a better way to communicate. To learn more, visit https://www.thinq.com. 12 Tips for Success in SMS Marketing

How to Send Text Messages (SMS/MMS) in the Cloud 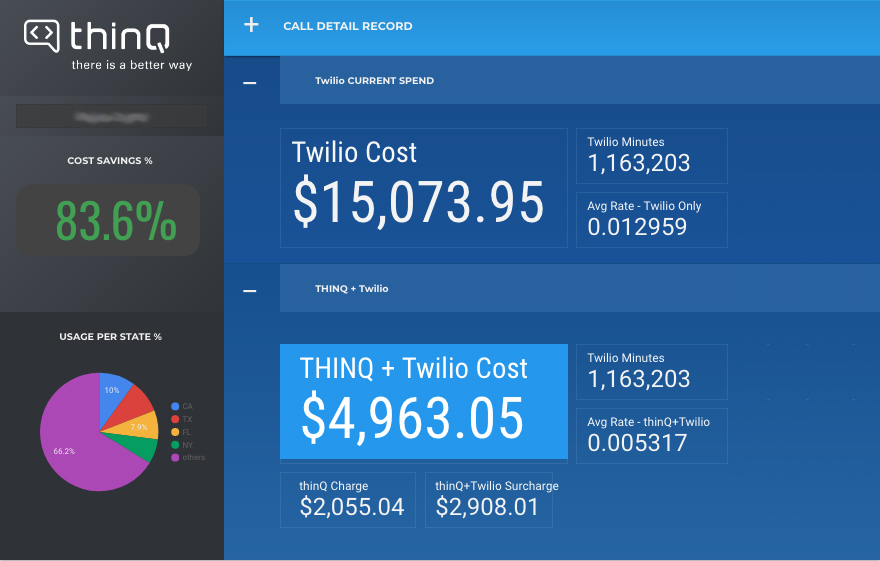